The Second Vice-President of the Saskatchewan Archaeological Society is Loni Williams. 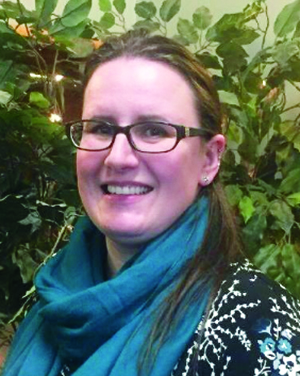 I began volunteering with the Saskatchewan Archaeological Society in 2008 and became a board member in 2010, when I took over as chapter representative for the Saskatoon Archaeological Society. Having passed the baton on that position, I now serve as the chapter’s treasurer. Along with my new position as second vice-president, I served as a member-at-large for the SAS for two years and co-chaired the Programs Committee (2014-2019). As a summer student, I was employed by the SAS to work on the South Branch House project for a season, as well as the ArchaeoCaravan Museums program for two summers. I hold both Bachelor of Arts and Master of Arts degrees in archaeology from the University of Saskatchewan and currently work for the University as the student accounts receivables clerk for the bookstore.

I enjoy archaeology immensely and love that a space has been carved out in Saskatchewan for a Society such as ours. I am honoured to continue to serve on the board as second vice-president.

I am a big animal lover and am very involved with SCAT Street Cat Rescue in Saskatoon as an employee, volunteer and foster parent.